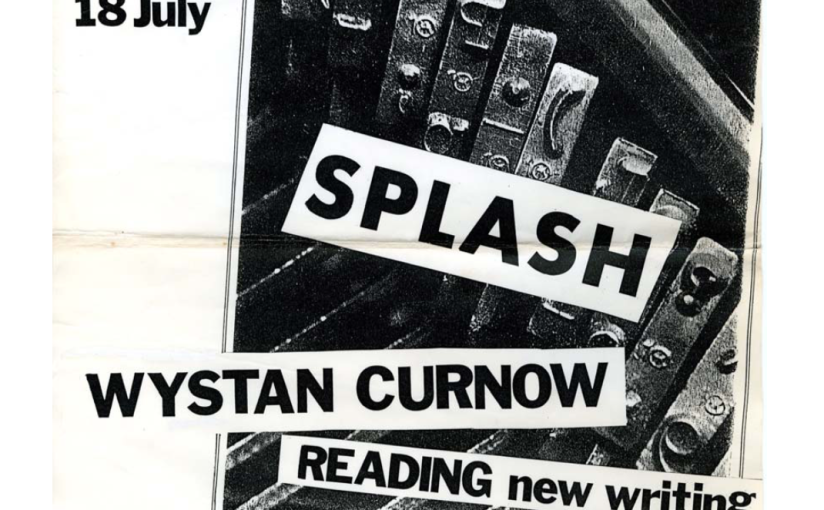 As the cheese ad says, good things take time. Our latest venture was 31 years in the making.

We’re delighted to have worked with Wystan Curnow, Phil Dadson and Te Uru to produce the lost issue of Splash, originally intended for publication in 1987.

Splash was a journal edited by Wystan Curnow, Roger Horrocks, Tony Green and Judi Stout and produced “unofficially” through the English department of Auckland University. Four issues were released between 1984 – 1986.  The title Splash came from the film of the same name, staring Daryl Hannah and Tom Hanks, paid homage to by issue two’s cover. 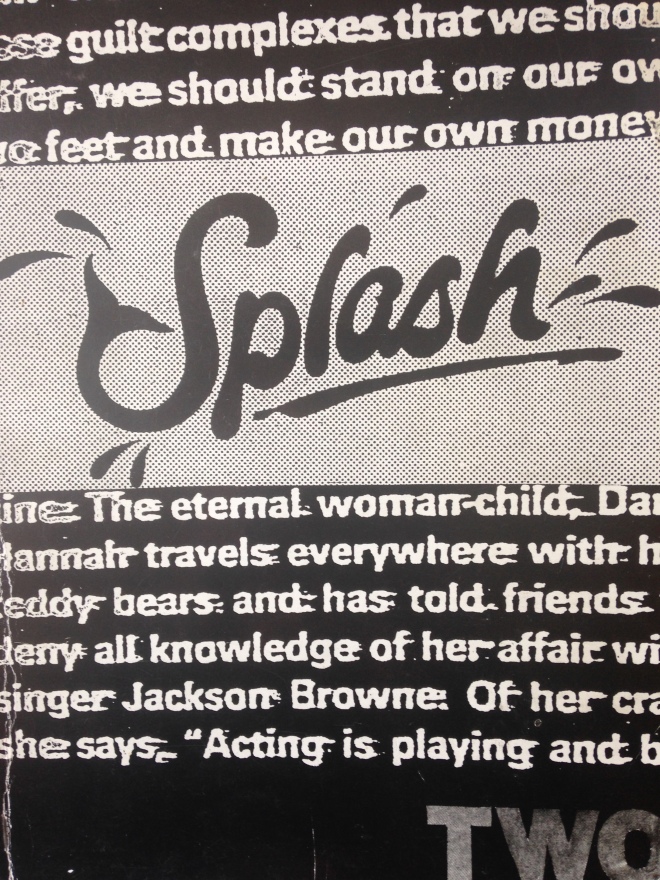 Contributors were asked to send submissions typed in courier font. The cover was printed externally, but the editorial team copied the content themselves (back to that “unofficial” support) and held stapling working bees to assemble them. 400 copies an issue were produced: photocopiers had made independent publishing accessible.

Splash was run alongside And, another Auckland University guerrilla publication, edited by Leigh Davis and Alex Calder with Roger Horrocks, between 1983 – 1985. Reflecting on it last year Wystan Curnow described it as “And was the theory magazine. Splash the practice magazine”.

Critical acknowledgement of Splash‘s short but important role in NZ’s art and literary history is sparse, but Thomasin Sleigh writes insightfully about Splash and And in her master’s thesis on Wystan’s writing.

These writers and critics were not only interested in the praxis of Language poetry but … armed with new models of critical theory and post-structural thought, and had aspirations to see what could come out of the application of these new frameworks for art and literature in New Zealand. …these journals aimed to be provisional in form but provocative in content; to disrupt the epistemologies of poetry in New Zealand and posit innovative alternatives. – Thomasin Sleigh 2010

Splash #4 was released in April 1986, and included an article on From Scratch by Tony Green and a note signalling the upcoming issue #5:

We had originally decided to include a wider range of From Scratch material in #4, but the project kept on growing — to the point where we decided it would be better to devote virtually the whole of an issue to From Scratch, doing the job properly. It’s a job that (surprisingly) no one else has yet done — documenting the work and ideas of one of New Zealand’s most original music/visual arts performance groups…

Work and life got in the way and the anticipated issue was prepared but never printed. In 2017 Andrew Clifford invited Small Bore Books to work with From Scratch’s Phil Dadson and Splash‘s Wystan Curnow to finally bring the issue to fruition. We were delighted and honoured to take up the challenge.

Most of the archival material was held as part of the From Scratch Records at the currently under threat Elam Library, Auckland University. 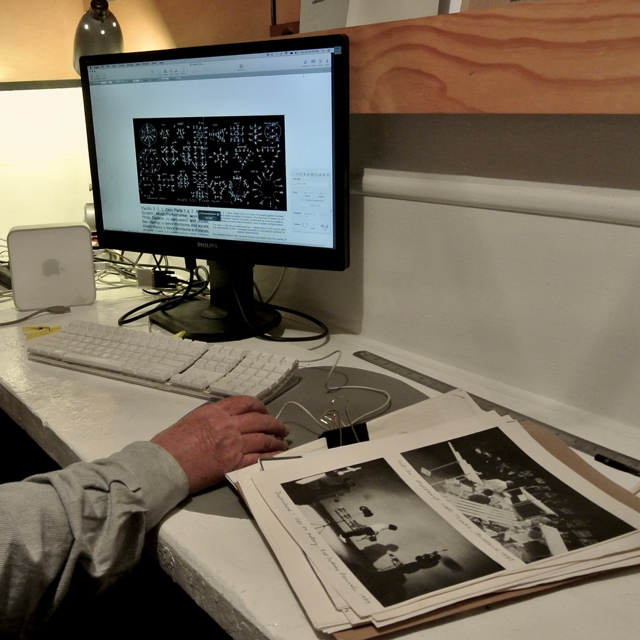 Wystan and Phil painstakingly checked various draft texts held in the archive to ensure the right material. The only corrections made were minor editorial tweaks of spelling and punctuation. Our Splash is the 2018 model, using contemporary technology but on a production scale equivalent to the original Splash. The cover is an affectionate update of the intended 1987 cover, keeping that funky 80’s vibe. 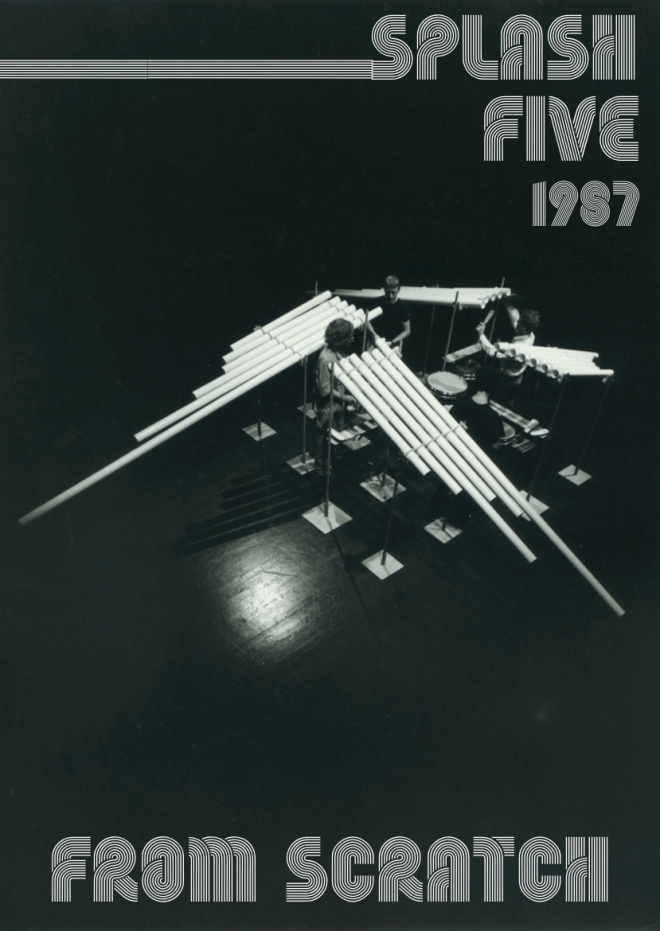 Splash Five 1987 From Scratch Special Issue: 2018 is launching at Te Uru this Saturday and Frank will be taking part in a panel discussion at the Auckland Art Fair this Sunday. See us there, or order your copy now.