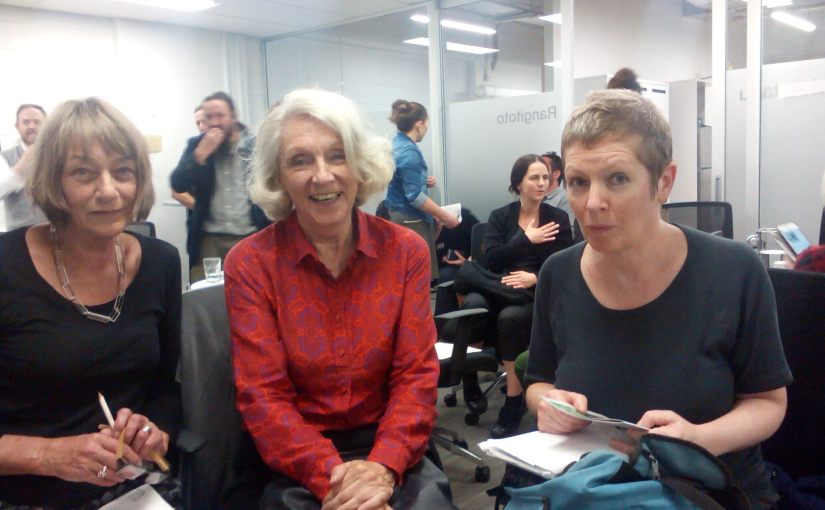 Last weekend I was lucky enough to attend a ceramics hui in Auckland. Set up by Humphrey Tait at Creative New Zealand and facilitated by Anna Miles, the hui was a day of talking and thinking in a room packed with makers, gallerists, curators and collectors. What are the pressing issues facing ceramics today? Turned out there were many as the animated and at times feisty exchange took shape. 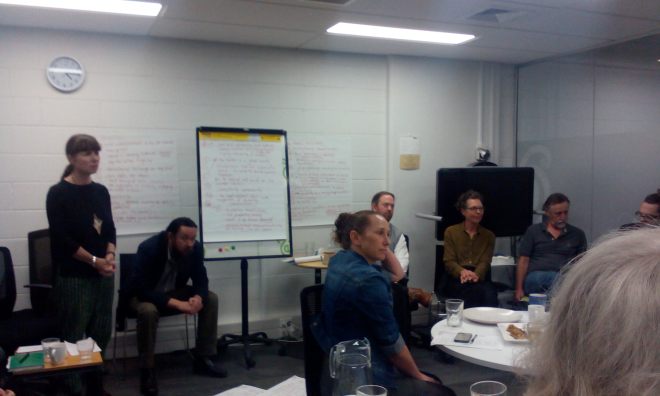 Small Bore Books was invited because we’re working on an anthology of the early years of New Zealand Potter. A Partial Archive of New Zealand Potter (1958 – 1967) will be launched later this year at Objectspace. The book mines the idealism and innovation of the 1950s and 1960s as the first makers and writers developed a ceramic language for New Zealand.

So I was particularly interested in debates about the gaps and erasures in craft history today, noticeable both in the scarcity of critical writing and in the difficulties of learning craft history with the demise of the polytech craft programmes. Instead, and excitingly, ceramics is a new feature of visual arts programmes, but largely stripped of its connection to craft tradition.

As ceramics writer Moyra Elliot said in the morning session “We have to know about our histories. It’s only polite.” The Dowse Art Museum’s Director Courtney Johnston pointed out “the applied arts does not feature in our history”, describing her experience of studying art history at Victoria University, but was optimistic, declaring “we’re in a shift at the moment” and “it’s very non-bleak right now”. Indeed there was much to celebrate, as pottery clubs described an unprecedented level of interest in beginner classes (largely due to telly’s Great Pottery Throwdown) and many speakers highlighted the growing presence of craft in our public galleries. Andrew Clifford, Director of Te Uru, suggested that public galleries are, by default, writing craft histories, highlighting “what’s old that we need to be reminded of”.

Artist Lauren Winstone got me excited when she described her fantasy craft institution as “a bicultural bauhaus – rich in cultural awareness, playful and questioning and rigorous in practice”. I immediately wanted to sign up. Later in the day Carla Ruka gently pointed out that many of the elements on our growing wishlist were already practiced by the 30 year-old collective Nga Kaihanga Uku with a kaupapa that includes the wonderful directive of “learning as a family” and ensuring that members always brought into the fold new students to be mentored.

There were many discussions and questions I’ve left out of this account. It was a day of  aspiration and debate (as Kim Paton said, “communities are never unified”) which reminded me, yet again, of the importance of sitting together and talking.

7 thoughts on ““We have to know about our histories. It’s only polite.””